How much blood did Jesus lose?

As per the Bible, the Holy Book, Jesus shed all His blood until there was no more – to a point where water came out of His body. (John 19:34)

He chose the cross, Not the throne.


Why did Jesus shed His blood?

In the ancient times, the blood of animals was used to cleanse sins. Each time a sin was committed, a bird or an animal was to be sacrificed for the remission of that particular sin.

According to Leviticus 17:14, “Blood is life”. Since sin leads to death, the medical emergency to save a life was to kill an animal. When the blood of an animal is poured out, life is poured in to the sinful human.

Jesus came to fulfill the law (Old Testament), once for all. Thank goodness! Else, I wonder how many animals and birds would be killed per second throughout the world. Most of those innocent creatures would have gone extinct by now.

He chose the altar, Not the kingdom.

Back in those days, when a bird or an animal was offered as a sacrifice, it was supposed to be without blemish (clean and spotless). They cannot bring in just any random creature.

To fulfill the law, a man without sin should be offered as a sacrifice (Hebrews 9:22). Unfortunately, the whole of mankind is wicked and all their thoughts are only evil.

The only way to fulfill this purpose was for God to send Jesus, the only blameless and guiltless person, to the earth, and use Him as the sacrificial animal, for the remission of sins – once and for all.
He was born without sin, but He was made sin.

He chose the punishment, Not the crown.


How did Jesus shed His blood?

In His anguish, His sweat poured out like drops of blood. I guess, no human has ever experienced such great grief.
He bled when He was lashed with a whip.
Blood ran down His head and face when He was crowned with thorns.
He bled when His hands and feet were pierced and nailed to the cross.
He bled when a soldier pierced His side with a spear.
And then, there was no more blood.
It was all poured out.

He chose death, Not entertainment.

How does the blood of Jesus clean our sins?

As per 1 John 1:7,9, the blood of Jesus purifies and cleanses us from all sin.

But, how does it purify us? Is it used like a detergent to clean our hearts? What do you think?

Oh, before that, was the blood even collected and saved somewhere in a jar? If it wasn’t, then how would it serve its purpose as a detergent?

When I was a kid (sorry for going into a flashback now), I was taught the colour story and this is how I visualised it –
When I make a mistake, a black dot pops up on my heart (they multiply depending on the number of my mistakes). No detergent can clean it, except for the blood of Jesus. When His red blood is used to clean my black dots, my heart becomes white (purified).

Maybe I got the theory wrong, but I got the ideology right. Most importantly, I understood the power of His blood.

Back to the point, Deuteronomy 12:16 says, Pour out the blood to the earth. If Jesus came to fulfill the law, don’t you think He did it the right way?
He poured out His blood to the earth so that ALL of mankind on the face of the earth can be saved, when they claim His blood for life.

And the Scriptures were fulfilled! Jesus fulfilled the law, thereby redeeming us from the law of sin and bondage. He promised us eternal life, and filled our mortal lives with serendipity.


Does Jesus run out of blood?

He ran out of all His blood. He poured it out all to the earth, so that we who are on this earth could have eternal life.
All we have to do is – Claim that blood and be victorious!

He ran out of all His blood, but never runs low on forgiveness, grace, love, mercy and compassion. That’s what keeps us a thriving Christian. 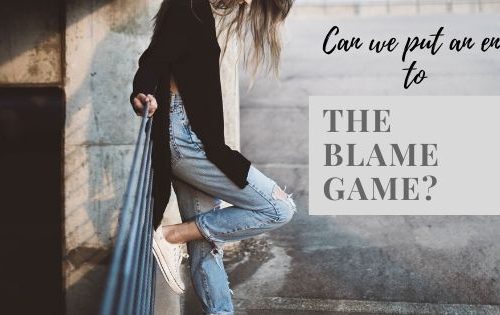 Can we put an end to the blame game? 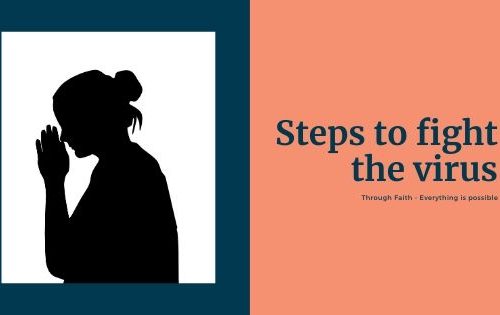 Three steps to kick Covid-19 and break the chain