This article is upon a special request. Thanks to Annie – It would’ve never popped up in my mind to write about the brainstorming that went in choosing my baby’s name. When she requested me for it, I promptly responded that there was no cogitation over it and we just picked a name. I’m sorry for the vague response. Believe it or not, it took awhile for me to realize that I didn’t just happen to pick a name out of the blue. I spent long days and nights figuring out a perfect name. In fact, I had a list of names and then I narrowed down to the most beautiful name. And the story goes like this –

Once upon a time…

Insomnia has been a side-gift of my pregnancy and still continues to be my baby. Consequently, I spent my nights intently looking out for names, rationalizing each word, contemplating every search, assessing my own reasoning – logically and theoretically.

With the gender suspense came a cumbersome task of making two lists – one for a baby girl and one for a baby boy. To mitigate the efforts, I delegated one task to my husband – Searching for a boy’s name was his job. Despite that, (Well, I’m sure you know how a woman’s mind works) I kept my search on for both the lists, afraid that I might not like what he selects, and I was also worried that our baby would be nameless until we both agree on one. And so, our quest went on for nine long months.

Scanning through my pregnant facial changes (puffed up eyes, swollen face, cystic acne which looked like broken capillaries) and my sharp bulged-out tummy, most of the aunties prophesied I’m going to give birth to a baby boy. Hearing this over and over again for hundred and fifty odd days, I believed I was going to have a baby boy. During one of our baby talks, we discussed about the gender. We thought, since everybody’s making us believe it’s going to be a boy, we’ll be certainly surprised if we have a baby girl.

My husband always believed that a name should hold a story, and not a fantasy. His dad named him “Yasha” (meaning – victory through the right hand of God), after their family was delivered from a series of unanticipated distressing circumstances. With this framework in mind, we didn’t want to pick any random name for our baby.

During my morning devotions, meditating on Kings, I was tired of reading through the kings era. No wonder I hated history. I couldn’t fathom how people killed each other mercilessly. Just for the love of a throne, authority and power, there would be a succession of murders – somebody becomes king, and he would be killed by a person who wants to be the next king. And so the series of killings followed. Discussing the chain of thoughts with my husband one fine evening, I was tempestuous about how the baby in my womb would be feeling. As I was reasoning, I perceived that God wants this little baby to become a warrior.

I had two words in my head, and I had to figure out a name which meant both of these words.
1) God’s promise
2) A warrior

Isn’t it rightly said –
A good name is to be chosen rather than great riches. Proverbs 22:1

Over long sleepless nights and lots of debates, I circled two names for a baby girl, out of which we both liked and mutually agreed on one. And, Yay! We were ready with a baby girl’s name. Task one fulfilled!

The tough task (baby boy’s name) was still at bay. We came up with our own lists but we failed to reach accord, even when the baby was due any minute. It was upsetting. To avoid making our baby a Mr.Nobody, I unwillingly forced myself and half-agreed to one name.

When the day finally arrived, after a 36-hour long labour and excruciating pain, our tiny miracle popped out with a squeaky cry – our surprise baby.

As soon as we came to know it’s a girl, we both looked into each other’s eyes while holding our precious little one and said – LIZ ARLENE. She immediately looked up, as if she already knew her name.

Here’s the meaning of the fulfillment of God’s promise of our tiny warrior:

Liz – God’s promise
Arlene – powerful and complete
Her surname sums it up:
Singha – The Lioness 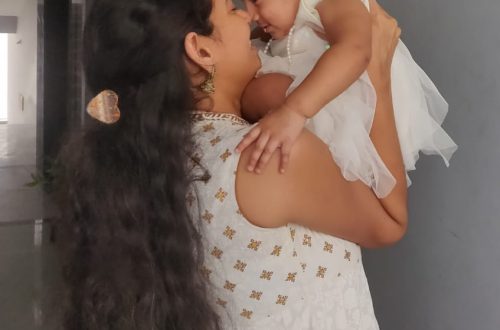 I’m not ashamed to be a Stay-At-Home-Mommy 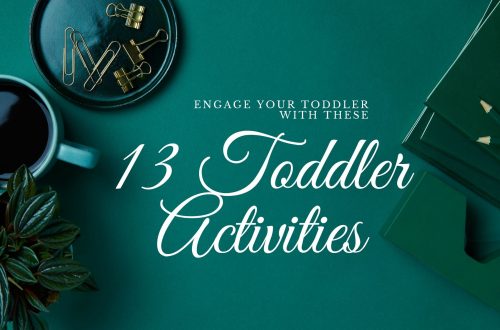 13 Activities to engage your Toddler 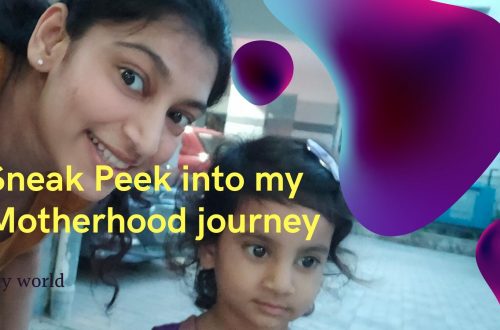 Sneak peek into my Motherhood journey