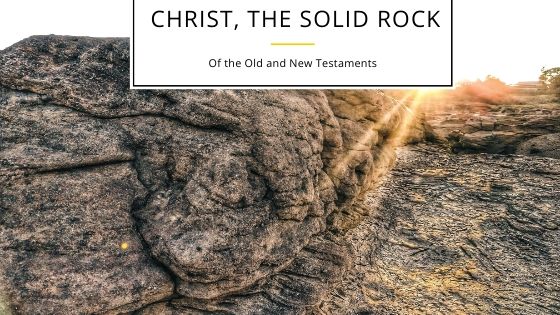 On a hot summer morning, I knelt down to pray and was lost in the mundane. I didn’t know if God was bored listening to me, but I was anxious to get over my daily run-of-the-mill affair. As I continued to pray, I felt a tug in my heart and I stopped!

In just a moment, I resumed with a fresh prayer in response to that tug. I didn’t want to give in to the doldrums of the mundane. So, I said a quick prayer, out of the routine – “Lord, help me stay connected to you. I don’t want to pray just for the sake of fulfilling my religious duties. I want you to tell me something interesting today.“

As I turned my Bible to the daily portion, which is a very familiar scripture, the prayer helped me stay focused and listen.

Exodus 17:6
God stood on the rock and asked Moses to smite the rock.

Here are the inferences from the above line –

1. Stood on the Rock

“Having a platform & Becoming the ground”

In the Old Testament, He stood on the rock. He had a platform to stand, when He was one with God, the Father.

But in the New testament, He had to part from God the Father. Thereby, He became the Rock, the solid foundation for every believer. He offered a place for others to stand on a firm foundation, by letting us approach God the Father, through Him.

Why did He have to stand on a rock or become one?
Because, Rock offers stability and safety.

Did you ever get to see the old forts? They were built of rock. They were a protection from all enemies.

To all my Believer Friends/ Readers,
Since we already have a platform to stand firm in our faith, don’t you think it’s time for us to become the ground to offer strength to those around us?

Be a little Christ, by imitating His actions.

“Smite the Rock & Pierce the Soul“

In the Old Testament, He asked Moses to smite the Rock on which He stood. Like magic, a stream of fresh water gushed out, satisfying all the thirsty throats.

In the New Testament, He gave Himself to be pierced. He was pinned to the cross. His blood ran out to satisfy all the thirsty souls. That blood still works like magic. It still saves and revives!

He became the Rock of Ages – of all time – He is the same yesterday, today and forevermore.

Do you feel broken? Give all those broken pieces to Jesus, and you’ll witness the wonders He’s going to do. Because, He is still alive and the power of His blood is still the same.

He’s smitten enough to fill up your brokenness. He’s cracked enough to glue all your tiny pieces together and make you whole again.

To all my Believer friends/readers,
Don’t be depressed when the world smites/hates you. You shall receive your reward in due time. 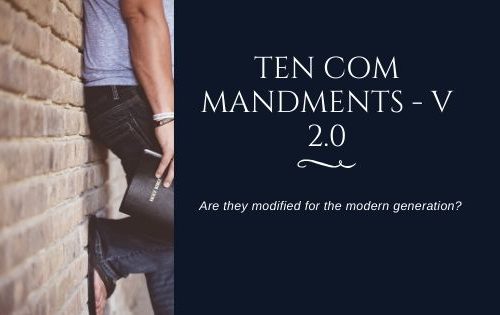 Have “The Ten Commandments” been altered for Gen-Z? How we named our baby