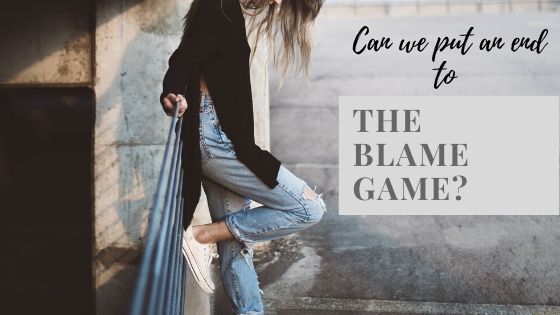 Have you ever realized that we find it very easy to blame Adam and most importantly Eve, who capitulated and succumbed to Satan’s tactful gambit, thereby disobeying God?

In his mellifluous tone, Satan beguiles them by twisting God’s words, making them believe that they’re going to become like gods. In the spur of the moment, they were obsessed with his euphonious speech that the indigenous truth was jilted.

They were created in the image and likeness of God – Isn’t this the authentic truth? What more do you think they need to become like God? Nothing!

Then, why do you think they fell for such a scurvy ploy?

Were they too innocent? Or, did hunger overpower their senses (like a Snickers advertisement – I’m kidding. Haha!)?

Let me tell you why – Because… because… they were HUMANS (just like us), who have feelings and emotions.

Haven’t we all questioned or had arguments laced with zany humour?
If I were in Adam’s place, I would’ve hewn down that tree.
If only they were Chinese, they would’ve eaten the serpent instead of the fruit!
If only they didn’t eat the fruit, we would’ve been in a better place now.
If only…
The possibilities are endless.

From the beginning, Mr. Miserable Satan has been twiddling his thumbs and scrutinizing evil schemes to devour humans.
If he failed with the fruit trick, he would’ve come up with another plan in no time. He’s always on the lookout.
If it wasn’t Adam and Eve, it would’ve started with their offspring. It just had to start somewhere, for his endless hardworking brainpower to find success.
Since it started, the next generation had a choice to learn a lesson and choose not to fall for his mean tricks. But, they failed again.

Sin only worsened as it went from generation to generation.
Adam and Eve disobeyed by eating the forbidden fruit.
Cain killed Abel.
Then, we have no idea what sin Lamech committed, but his punishment multiplied exponentially.

As generations passed, God was angry, disappointed and upset to a point where he regretted His creation of humans, and destroyed the whole world, except for the one righteous Noah and his family (and the innocent animals too).

Did it stop there? No. Even today, we keep falling for his tricks.

Yet, we ignore everything else that had happened and magnify Adam and Eve’s disobedience.

I know you can argue back with me, “But because of their disobedience, Adam and Eve were thrown out of Eden, and that’s the end of a beautiful world.”

I’d say, No! There was still life after that. But, the latter sins contributed to destruction of the whole world.

Imagine what we are doing for our future generations. Are we heading over to destruction or life? The choice is ours.

There are only two options. It’s your choice – would you choose destruction (Hell fire) or eternal life (Heaven)?

As much as we find it easy to blame Adam and Eve, ain’t we supposed to blame ourselves for the bad choices we make every single day?

Undeniably, the blame game started with Adam and Eve when God questioned their sin. They were indeed filled with shame, but shamelessly threw the blame on God.

We’ve been carrying that blame game as if we claimed it through inheritance.

One day, our own conscience is going to bear witness against us. So, let’s put an end to the blame game and make wise choices for life. Cheers to Life!